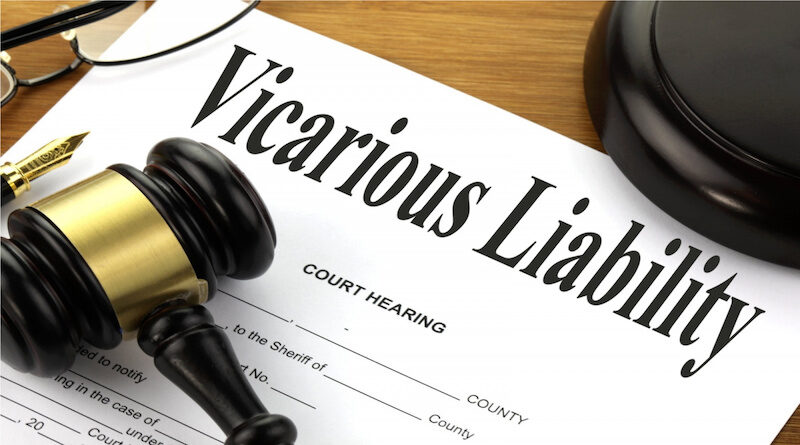 Students who need law assignment help must understand that vicarious liability, though easy as it seems may not be that easy to understand. In most offences or to say in most of the crimes a person is liable for his own acts or deals but since in the case of vicarious liability, a person acts vicariously. Thus, such a person is held liable and do not the actual committer of the offence.

Through these examples, students can avail law assignment help. The master of a driver can be held liable when the driver drives too fast when told not to do so or talks on the mobile phone while driving and runs into a pedestrian.

But he cannot be held liable. When the driver takes the car for his own personal purpose or if he or she goes off route while driving and commits an accident. For example, A is the driver of B, B send A to pick up his client from the airport and in the process although B was driving carefully but since he was getting late, he had to increase the seat, eventually severely injuring C. Here B would be held liable for A’s act of negligence.

The second relationship is that of principal and agent. This is the case when there is no actual employment done. Here a person is just engaged for a particular job and not employed permanently till the time of the performance of the job, the person hiring becomes the principal and the person hired is the agent.

In a principal-agent relationship, the degree of control is very less as compared to master-servant relationship and it is to be remembered that the agent is not in the absolute control of the principal. Also, students must remember, while referring to these points for assignment help, that an agent can enter into contracts on behalf of the principal. On the contrary, the agents may work for different people thereby becoming an agent for them as well. There are a few tests that check for a principal-agent relationship:

There is a third relationship of a hirer and independent contractor but in such a case vicarious responsibility does not occur. For example, A is the owner of a textile industry. He enters into a contract with B for a certain amount of raw cotton. In the course of employment, a worker of B gets severely injured in the factory. In such a case A cannot be held liable. The most important reason in this case being the non-existence if direction and control between the hirer and the independent contractor.

Master-servant and principal-agent relationships defer in the duration of their employment and the extent of their liability.

In master-servant, liability can be there for acts done outside the course of employment, while in principal agent there is no scope for anything doe outside the course of employment or the unauthorized acts. The reason is that the relationship of principal and agent ends as soon as the task, for which they entered into this relationship, is performed.

The concept of vicarious liability extends to a wide field and is a complex one. Understanding it requires immense understanding of the situations at hand. But since these are a few basic points, students can refer to them for assignment help and make their task easier.