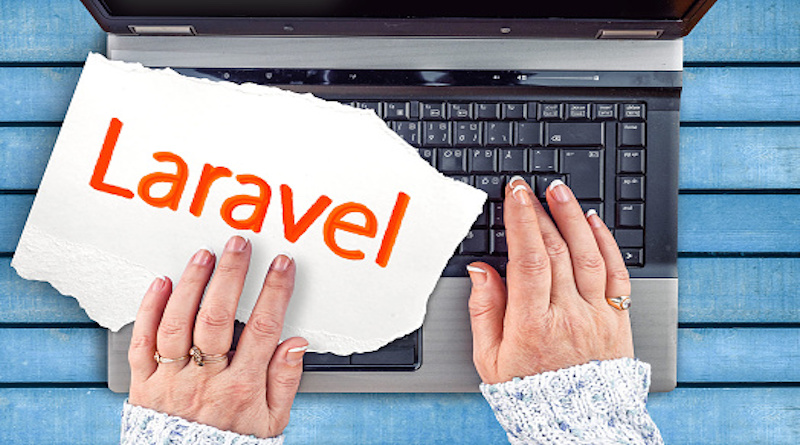 The ever Increasing evolution in technologies has upgraded the way of website development processes in the world. With this efficient technology and the experienced service of Laravel developers, you can give your enterprise an updated status.

Even today there are businesses who believe that laravel app development, implementation, and web design agency, marketing are some luxuries that only corporations can afford. Some believe that developing such apps are one of the easiest ways to create the next big thing. According to other versions, apps are considered to be the best option for a startup to gain momentum.

The following post emphasizes some of the best laravel developer tools to keep in mind. Fortunately, there are numerous Laravel Development Companies that can not only assist you in understanding these tools but also create high-performing applications for your business.

Our technological sector seems to be evolving at a fanatic pace and frameworks like PHP, laravel are gaining popularity in no time. In today’s data Laravel seems to be one of the finest PHP frameworks available for developing robust web applications. Some of the most fascinating features of laravel development include:

Why does Laravel Development turn out to be an ideal choice for web development?

Conducting your first web development project is not easy but it is a doable job. Fortunately, we have numerous web development companies around featuring a wide range of developers and programmers who ensure your app to be scalable, feature-rich, and fully functional. In recent times, I have observed that not just developers but even small, medium and large size businesses are going gaga over the Laravel framework of PHP programming language.

Well, read away to know the top ten reasons why Laravel is the first-choice for web application development.

If you compare laravel with other emerging frameworks, this programming language offers high-level security with features like password protection and user authentication. Besides this, the framework also provides CSRF tokens to protect the app from cyberattacks.

To put your best foot forward in laravel development means your developer must have maximum knowledge in regards to working on the framework. Due to its popularity, Laravel holds a great stack of documentation for reference. In addition to the official documentation, a developer must have the potential to find a great deal of content on the Laravel PHP framework on popular developer forums like Github. Further, there are also regular updates to this documentation to keep the user up to date with the new changes and additions.

Unlike other frameworks, laravel has the potential to provide an integrated project environment for the developers, making it easy to manage things. Overall, it simplifies some of the most lengthy and complex looking programming tasks making them hassle-free. Do you know why? The framework provides a more structured and clear way of coding for web development requirements of diverse types. Ease and speed of development bring benefits for businesses that choose to invest in Laravel development instead of any other platform.

Another interesting reason to choose laravel framework is that you can avail extensive community support. Most of the time this is because the open-source platform has a large community of experts who are all set to back things up. So in case, if a laravel developer irrespective of his experience whether he is an amateur or mid-level experience of highly experienced fails or even gets stuck in between during the development task, they can seek assistance from the community and resolve the concern as soon as possible. The chances of delay and bottleneck in the project are, thus, reduced to the minimum.

It may quite interest you to know that laravel comes with a cashier, Dusk, Envoy, Passport, Socialite, Scout, Telescope, Horizon, Sanctum, and many other packages that help in managing billing services, defining tasks on remote servers, authenticating with different OAuth providers, and perform various other tasks. These packages also simplify the entire development process.

One of the well-known command-line interfaces commonly known as Artisan, can incorporate various components from the Symfony framework, which means developers can use many additional features. Some of the uses of Artisan include publishing package assets, creating boilerplate code for the controllers, handling database migration and seeding, and more.

Now it’s time to unveil some of the frequently asked questions on the laravel framework.

Define Laravel and why it is so much in demand?

Laravel is a web framework that features expressive and elegant syntax. It attempts to make the development process smooth and effective by easing up the common tasks related to web projects, such as routing, authentication, sessions and caching.

Why it is always preferable to build enterprise applications with Laravel?

Any enterprise application is bound to have complex features, along with a component-based, distributed system. Laravel can be the right choice for building this kind of web app as it has all the right kind of features to handle a high level of complexity.

Laravel as frontend or backend?

You see overall laravel is an MVC framework used for PHP programming language. Therefore, you can use it to build a full-fledged web application, right from the front-end to the back-end. In MVC, Model denotes the database entity models, View(s) stand for frontend pages, and Controller(s) are the logic adapter that connects the Views with the Model. On and all, developers can use Laravel for the backend as well as frontend.

Further, I would like to mention certain useful laravel developer tools and resources which can improve Laravel application performance.

First and foremost we have a smart IDE that suits laravel framework at its best. PHPStorm run smoothly, it has smart code navigation, allows fast and safe refactoring, easy debugging and testing. Additionally, it is also a good code formatter.

IDE is a crucial part in development as it increases the productivity of the developer while saving time at debugging codes. Many developers use PHPStorm for its seamless performance.

Now you must be wondering why two resources GitHub and BitBucket when they offer similar Git services. Well, depending on the overall structure of the project and its requirement one needs to select between the two.

If you are doing freelancer or developing for a small enterprise using the Laravel framework it is advised to use BitBucket. With Bitbucket you can avoid sharing the code repositories.

You can have a limited number of collaborators and the need to have private repositories BitBucket is the best option.

All the plans in BitBucket give unlimited access to the private repository while allowing max 5 collaborators in the free plan.

However, for open source projects, the availability of having unlimited collaborators in GitHub makes it the best choice for the developers working with the Laravel framework.

In Git repository it is easy to pull and push coded while it automatically merges the code with changes and time tracking.

With Laravel’s official documentation, developers do receive an in-depth knowledge of the technology. By going through laravel documentation, you can learn so many fundamental concepts in great detail which you can’t learn from other resources.

So if you want to become an expert in any technology, besides learning from any tutorial site or course site, you should definitely spend your time checking the official documentation because those who have developed the technology can give you a lot more information than any other tutorial/course providers.

However, if you are just a beginner then the official documentation might not be suitable enough for you. So you can start from a tutorial, course or videos, but once you have gained some understanding of the framework.

As the name implies, the resource is used for debugging laravel applications. The debugger for Laravel is displayed at the bottom of the browser and provides the debug information. The queries tab of the debugger displays the number of queries that have been fired.

It also displays the route being called, the templates that have been rendered along with the passed parameters in detail. In this debugger, the developer also that the option of adding messages using Façade and will appear under the ‘Message’ tab.

Being secure by default, able to conduct surplus database backups, installs SSL certificates within seconds, Allows you to restart each service, Easily sets up necessary SSH keys, Provides an automatic setup, Free SSL Certificates are some of the common reasons of choosing laravel forge. It is a tool for configuring your web application to automate the deployment using the PHP server.

Laravel Vapor is powered by AWS Lambda to manage the infrastructure. It is a serverless deployment platform for your Laravel application. Some of its intimidating features include:

Are you in search of a secured process of adding role-based permissions? If so Laravel Entrust is the right tool or resource to take into account. It has four new tables which include, Role, Role User, Permissions and Permission Role. The roles are set up under categories at different levels.

Another interesting tool is Laravel tinker, it allows you to interact via a command line with any project that uses the Laravel framework. It allows users to access all the events and objects. Tinker is an optional add on, so we should manually install it with the Larvel versions after 5.4.

Last but certainly not least, this is a very crucial tool used in laravel especially for the ones who provide Laravel Web Development Services. It creates a backup of all the files that are used in the application.

The backup is created with a zip file that contains all the files in the directories that you have specified. It also has all the dumps of your database in the project directory.

The best feature of this Laravel Backup tool is that the backup can be stored on any file system.

Web development is a vast field and I can go on and on with it. I hope the following post provides some help especially for those developers who aim to become a pro in their work by spending less time in the common work.